It’s often said that Necessity is the Mother of Invention, but what about unfathomable fatigue, delerium and incredible stubbornness? I imagine Plato would have had a thing or two to say about those, too. Ultra Runner and THIR founder, Virginia Winstone, launched the brand 47.5hrs after the start of New Zealand’s 100mile Mountain Ultramarathon, the Northburn100. Having survived the race myself, and used a lot of the footage I filmed during it in my video Darkness (essentially a mini documentary on the emotional effects of participating in such a gruelling event), I know all to well what she was going through! At the 2013 race briefing I heard Virginia tell the story of her 2012 race and the incredible courage she showed to continue putting one foot in front of the other through a section called the “Water Race”, a convoluted, confusing and incredibly frustrating piece of sadism that she would have encountered on her SECOND night. If I’m not mistaken, this is where the idea for THIR really started to come to her. Sweet backstory!

THIR is based in the South Island of New Zealand, a breeding ground for awesome people, epic adventures and great gear. Indeed, looking at the manufacturers included in this series, the Aussies have some catching up to do! THIR stands for “That’s How I Roll”, and this stands as a clear representation of the Company’s philosophy.  “Developed by athletes for athletes of all abilities, THIR is about giving life a go, whether to win or to simply participate and complete the event, and ticking off milestones. Small bites at a time is our motto, to always challenge yourself to be that little bit better. Life is too short.” 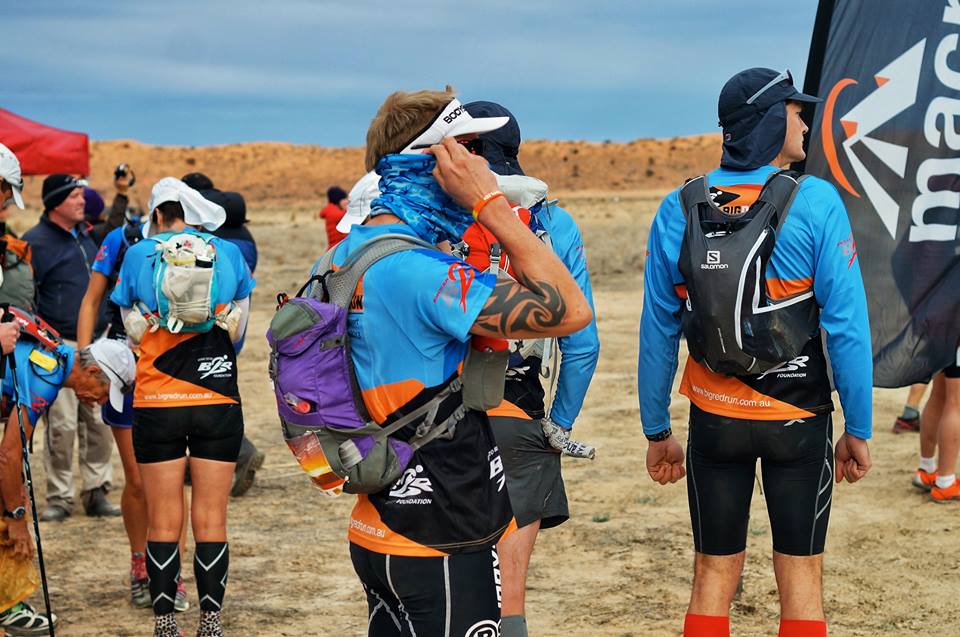 Seen on the heads of Professional Ultrarunners like Matty Abel, Shona Stephenson, Grant Guise and Shannon Leigh, THIR’s first product is a seamless, multi-functional headband. Available in a range of bright, fun patterns, there’s enough variety to keep you hallucinating well into the night, while the techy Enduracool fabric “controls moisture, is fast drying and keeps the sweat from your eyes” without being hot and bulky. I’ve also used mine to keep my head warm on early morning runs, as a face-mask while climbing volcanoes, as a lens cloth for sunglasses and cameras and as a night-mask for long flights. 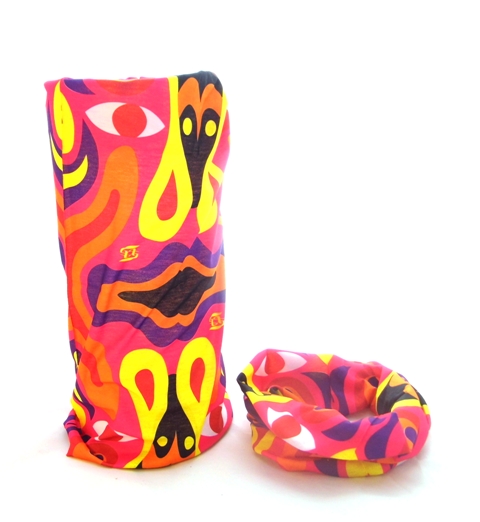 While this series of posts on Cottage Manufacturers is a great opportunity for us to talk about the products we love and use, the point is more to emphasise their uniqueness and how smaller producers differ from the big companies. So what the hell does that mean?

I first heard about THIR at the Northburn 100 race registration, where we were given a free THIR Band given THIR’s position as an event sponsor. Not long after Virginia Winstone was introducing the race and talking about her experience last year, and telling us about the birth of the company. So far so good? 12hrs later we were lined up at the start of the race, toeing the line and breathing in the excitement and nervous anticipation of what we were about to do. Less than an hour later and some odd-ball comes running back onto the course out of the Grape Vines of the Northburn Station Vineyards, having mistakenly followed another group of runners determined to get lost. We spoke for a while and I soon worked out who she was. Not only was THIR sponsoring the event, but the woman behind THIR was out there running it – 160kms of desolate mountains. It is this sort of involvement in the community, this ongoing conversation between producer and consumer that distinguishes the cottage movement.

While it might sound like a nostalgic, bucolic cliché, to compare this situation to the interaction between village tradespeople of the pre-20th century, we shouldn’t forget that this was a very important part of (particularly) European cultures for many centuries. It formed the foundation of our economy and had an influence on our social structures that’s hard to exaggerate. Seeing Virginia running alongside me at Northburn, proudly wearing her THIR products and testing a set of trekking poles is akin to a blacksmith developing a new set of alloy or a new product, testing them himself and then trading his services with other Journeymen of the region; Bakers, Stonemasons, Carpenters, Cobblers, Lumberjacks, Baristas ( ? ). Each understood that they were part of a tribe and would never have contemplated accepting work without an honest conversation with their customers, a fair assessment of their needs and a realistic portrayal of the tradesman’s abilities. Ok, so I’m pushing it, but you get the picture.

THIR understands this and recognise that, “[a]t the heart of our decisions are our clients, our end users. We try to listen to the market through the people doing the sports we are involved in.” The big brands, says Virginia, “tend to only be superficially involved in events, I think that the consumers are wise to this. THIR doesn’t just stand on the sidelines, we like to roll up our sleeves and get stuck in!” If you follow THIR or Virginia on Facebook, you’ll no doubt know the this is the truth. We’re constantly impressed at where they’re going, what events they’re involved in, and how genuine the communication is. Sure, there’s promotion involved, but the content is genuine.

So what’s next? The line of THIR Bands is out there, field tested and proving the concept. THIR provide options for customers to customise the prints on the headwear, working on a one-on-one basis to develop patterns and meet customer needs. For example, they’re currently working on an ANZAC-inspired design for the 2015 ANZAC Ultramarathon. Away from their headbands, THIR have a few other products in the pipeline, such as lightweight poles specifically developed for running. I’ve had the pleasure of testing a set of these and things are looking good! However, there’s no sense of impatience at THIR. They want to get things right and are willing to go the distance (!) to ensure they do just that. Bring it on!